Discover what makes each of our clients unique, find projects that fit them
and place them in front of casting directors and producers.

Fashion is about something that comes from within you

The entertainment industry is filled with people who will do anything to make money or make a name for themselves. We run an ethical business with the goal of protecting our clients from being taken advantage of. We have a culture of open communication so clients feel that can approach us with any questions or concerns.

Melissa Tiffin, founder of Tiffin Creative Talent, began managing her own children in 2010. She is a Christian mother of three blond girls. Her husband, former quarterback for his high school team, passed out at the birth of his third daughter when he realized that raising a football team was not going to be in his future, but that he would have soccer players, dancers, actors and models. In managing her daughters, she recognized how much her 20 years of marketing and public relations experience helped in working on their photos, promoting their talents and coaching them through auditions. She then became a talent manager, instead of managing CEO’s in many different industries, she managed talent in the entertainment industry. She found her passion helping others succeed in their craft. She then became a talent agent to make a greater footprint in the industry. 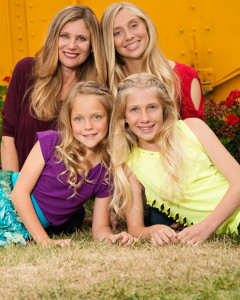 We can help you in any project